10 MOST POPULAIR EMPLOYERS IN THE EYES OF STUDENTS 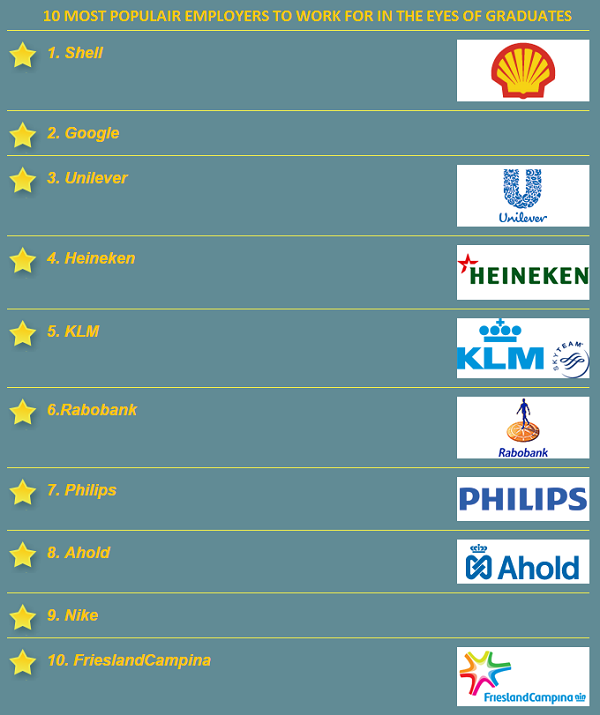 The most popular employers that would significantly give a lift to your starting career have been published by Memory Research, in the study â'First EMPLOYERS 2014â. This study was held among students and young professionals. Shell is the company that ranks first when asked where the starters want to start their career. Shell was already representative of its industry but in this year, they are ranked first in the overall market. The reasons that backed up this high ranking were: 20% the international opportunities; 15% the good working conditions and salary; 12% promotion opportunities.
Compared to last yearâs study edition, Unilever and Google are still the favorite ones, while Nike and Friesland Campina are new entries.