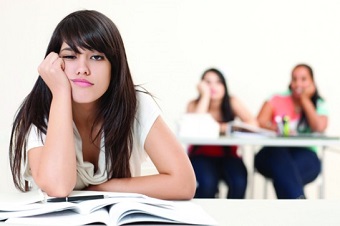 Dutch students show a lack of pleasure in learning experiences. They are difficult to enthuse on education compared to neighbouring countriesâ students, however only relatively few students perform below average.

Many teachers as well as students consider this widespread lack of drive in education as problematic, as the Education Report (Onderwijsverslag) of 2013-2014 highlights. It was published on 15 April 2015. Accordingly, four out of ten teachers find difficulties in motivating secondary school students that show an indifferent attitude towards learning. Particularly maths and reading are very unpopular subjects. Similar findings were determined in the previous yearâs report.

Another development is that schoolsâ selection processes are becoming stricter. This has repercussions on late developers or students who seek to switch to a different school system. Education minister Jet Bussemaker comments on this selection policy, as quoted by ANP: âEducation must remain accessible for everyone, including those who thrive at a later age.â