Workplace Relationships: How to Work it Out 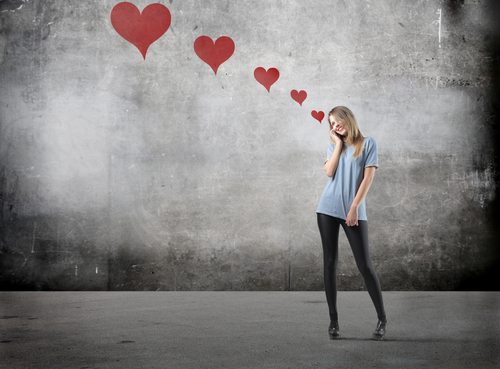 After firing CEO Dov Charney, American Apparel decided to update its company code of ethics with stricter guidelines regarding interoffice relationships. According to the new policy, âNo management-level employee may make sexual advances, welcome or unwelcome, toward any subordinate.â
Despite their efforts, there's a crutch to the matter: Whether or not there are policies forbidding them, office relationships happen.
A recent survey by CareerBuilder found that nearly 40 percent of employees admitted to having a romantic relationship with a co-worker. And a whopping 31 percent of office relationships result in marriage. If so many people get involved in an office romance, they canât always be a bad idea, right?
Maybe, maybe not. However, it's important to know how to avoid mixing your career and your love life. Aftrer all, you don't want to put your career on the line for love. Here are a few tips to help you make sure that pursuing your love interest wonât cost you your job:

Avoid Getting Involved with the Wrong Person
According to the CareerBuilder survey, 24 percent of intra-office relationships were with someone higher up in the organisation. To some degree, this could be considered a misuse of power, or even sexual intimidation in the workplace.
Sexual intimidation is defined in the Health and Safety at Work Act: âUndesired sexual advances, requests for sexual favours or other verbal, non-verbal or physical behaviour (â¦)â. Another requirement is that it should be stated or implied that the behaviour in question is a pre-condition of employment or âthe basis for decisions that affect that personâs workâ or âintended to affect the personâs performance at work and/or to create an intimidating, hostile or unpleasant working environmentâ.
Initiating a romance with your manager, or, likewise, with anyone who reports to you directly or indirectly should be avoided just to ensure your career safety. In addition to this, youâre creating a climate in the workplace where people are going to see bias whether there really is bias or not. If you are given project by your romantic interest who also happens to be your direct supervisor, many will believe you didn't deserve leadership in the project, and assume that strings were pulled, and you were misusing the power given to your partner.
Relationships with your peers are generally more acceptableâassuming theyâre unhitched. A stunning 20 percent of people who told CareerBuilder that they had dated someone at the office admitted that at least one person in the relationship was married. Perhaps that makes sense given the amount of time we spend at work: In an office relationship, you can relate to the struggles someone faces from 9 to 5. Thatâs not easy to do with a spouse or partner who works in a different field.
But getting involved with someone whoâs married can end up damaging your personal reputation as well as your professional oneâif people find out, you could lose integrityânot to mention the pain it could inflict on loved ones (yours or your partnerâs).
For those of you considering an office relationship with a married coworker, hereâs some sage advice: Donât dip your pen in the company ink.

Know Your Companyâs Policy Before the First Date
Some companies have very strict rules about relationships, and you should understand those boundariesâand the possible consequences of crossing them.
While policies are not always enforced or strictly followed, it should certainly should be considered. In other words, assuming you think your office relationship could get serious, you could end up having to choose between your lover and your livelihood, and thatâs a tough choice.
Does your company strictly prohibit relationships of any kind? Before deciding that youâd be willing to pack up your desk in some grand romantic gesture, it's best to consider your options, your skill set, resume and future goals. Maybe thereâs an opportunity to switch to a different team or project, or to get some needed experience in a different department. It might be smarter for your career development to consider smaller changes instead of radical shifts, and moving to a different department may be enough to clear yourself of the potential difficulties of having a relationship with someone int he same area.

Consider the Worst-Case Scenario
With 7 percent of respondents to the CareerBuilder survey saying they had to leave a job after a breakup, youâll be glad you did some critical thinking before jumping into any new relationship with a colleague.
Ask yourself how well you know your potential partner. If things start going badly, the last thing youâll want is someone gossiping about your private life or what you said about your boss after a particularly tough performance review.
Also, consider how much youâd continue having to work with the person after breaking upâor even how regularly youâre likely to run into him or her at work functions or around the water cooler. This can make for very uncomfortable situations.
If the two of you are uncomfortable around each other while working on a common project, your performance may sufferâand that could in turn hurt your prospects for promotions or raises.
To avoid some of these consequences, youâre better off asking out someone in a different department, rather than someone who you work with on a regular basis.

Remember that During Business Hours, Work Comes First
If you decide to pursue the relationship, set up some ground rules before things get too serious. Make sure you are both clear about who will know about the relationship and when. Youâve hopefully already looked into the company policy, so you understand which superiors need to know. But what about Amy in the next cubicle over?
In the early, casual stages, itâs probably better to keep it quiet, even though if it gets serious, itâs probably a little harder your card close to your chest. The key is that you guys are on the same page. People will find out, and you can't stop that. But making sure the news doesn't spread like wildfire as soon as your start out your relationship can do wonders both for your relationship, and for keeping under the company radar.
Youâll also want to make sure you set some boundaries about how much time you spend together in the office in order to actively manage your coworkersâ and managersâ perceptions. No one thought anything of a random chat you two had in your office before the relationship, but now it can be misconstrued as a social call or, even worse, a risky-business meeting.
You can get a reputation, whether itâs earned or not, and making sure your reputation doesn't take a hit can almost be as important as all the points above. After all, if you're looking for a relationship, no one wants to try out the one who is known for getting caught, getting people fired, or making things awkward. Put your best foot forward, and be prepared!