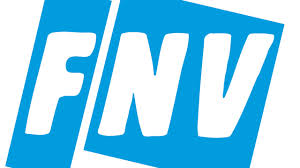 The trade union Federatie Nederlandse Vakbeweging (Dutch Federation of Trade Unions, FNV) wants to experiment with anonymous job applications to combat discrimination in the labour market. This comes from a statement made by FNV director Gijs van Dijk.

He wants to not only to combat age discrimination, but also hopes to put an end to the problems that are common in Dutch recruitment with different background experience when applying.

"With anonymous job applications, everyone can be given a fair and equal chance in the labour market," said Van Dijk.

The FNV spoke last Thursday along with other social partners, experts and scholars to MPs in a roundtable discussion on the issues with long-term unemployment. According to the discussion, this mainly effects job seekers aged between 15 and 65 who have been unemployed for at least one year, but in practice these are mainly over-55s.

Elderly
Last week, the Centraal Bureau voor de Statistiek (Central Bureau of Statistics, CBS) found that long-term unemployment in the third quarter wgenerally declined relative to the same period a year earlier. However, this only applied to the group aged 25 to 45 year olds. Six out of ten people above the age of 45 were found to be long-term unemployed in the quarter.

"We can not create jobs if the trade union, does not work with the government and with other social partners. The key lies largely with employers, they can take on older workers," said Van Dijk. He acknowledges that anonymous job applications is not foolproof. If a resume shows that someone graduated in 1982, companies can easily tell that the person is older.

Force
Van Dijk has not yet implemented coercive measures, such as setting a quota for people over 55, but he hopes it will be recognised on the employer side that long-term unemployment is a major problem. "That is partly the key to the solution," said Van Dijk.

Last year, the VVD already suggested anonymous job applications. That was mainly intended to combat employment discrimination on descent. Minister Lodewijk Asscher saw this as a possible instrument, but not as the solution. "The point is that prejudices are removed," said the minister at the time.
2871 views No reactions
Print
Mail a friend