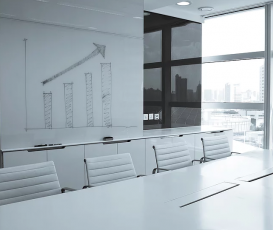 With the rising competition due to globalization and the necessity to cut down costs in order to get a competitive advantage, a key to a successful business is the ability to find a balance between short-term and long-term employees. This might be essential for surviving, and at the same time, for satisfying employeesâ needs.

Even though the Dutch economy is very stable and strong compared to other countries, companies have to be aware of possible changes in the market. Businesses have an obligation to their employees to take into consideration what would happen if a situation changes: can the company have many workers with long-term or permanent contracts, or would the business crash as a result?

Why is it beneficial to give a short-term contract?

Short-term contacts can come in handy especially for small businesses or companies that are dependent on seasonal demand. For example, if the company is selling strawberries, they need extra people during the period of strawberry picking. Having a worker with a permanent contract would mean that they have to pay a salary to him/her for the whole year instead of a few months. Likewise, when there is a need of an extra employee for one project, or to temporarily replace a sick worker, a short-term contract is adequate. In other words, it gives flexibility to the employer.

Furthermore, short-term contracts terminate automatically by law. Short-term employees tend to be lower cost than long-term employees and commonly do not require vacation or sick time leave. And another key advantage, there is more time to assess suitability of an employee before giving a long-term or even permanent contract.

Despite the shortness of the employment, it can also increase the creativity within the company. New people bring new ideas that can lead to an increased competitive advantage and eventually an increase in profit.

But there are also disadvantages, such as:

â¢ It is illegal to terminate a short-term contract unless there was an agreement in the contract that covers certain conditions
â¢ One extension too many can result in an indefinite contract of employment
â¢ Unclear provisions are in agreement at the risk of the employer
â¢ It might be necessary to invest in a new employeeâs skill, only to lose it in a short while (which leads to increased cost)
â¢ It can cause brain drain in the company

There are certain legal aspects concerning hiring a new employee under a short-term contract that are essential to know for an employer:
â¢ It can be extended up to 3 times and only up to 36 months in total
â¢ The intermediate period is shorter than three months
â¢ The nature of the function and level of working conditions are not relevant
â¢ If the limits are exceeded, a permanent contract is automatically established
â¢ If the employee continues working after the expiration date without the employerâs protest, even if it is for a few days, the contact will automatically be lengthened, the so called âtacit continuationâ. It is lengthened for the same period of time as the previous contract.

In the Netherlands, a long-term contract does not mean it is a permanent one. It can be a contract for longer than 6 months or a year.

When thinking about giving this type of contract, probations need to be considered. While in a short-term contract it is uncommon to have it, in a long-term contract it has to be stated. So, if the employment is longer than 6 months and less than 2 years, the duration is 1 month. The advantage here is that if the employee does not satisfy the expectations he/she can be dismissed without a notice period.

With short-term and long-term employment (if a long-term contract does not exceed 1 year), HR can more easily find the right people for the position in the long run by trying out a few people first.

Long-term employment can slow down the financial growth of the company by having employees that are not necessary for full-time employment.

When should HR switch from short-term to long-term employment?

Based on the analysis above, to switch from a short-term to a long-term contract is beneficial when the employee brings essential knowledge and value to the company. Moreover, it is a good idea to reevaluate the situation if the company is losing too much knowledge or the constant hiring requires too many resources and investment in making new staff knowledgeable.

Overall, only the company itself knowing the market it is in and the business it is doing, can make a strategic decision on which contract is the most profitable. However, there are certain aspects that are beneficial to take into consideration before making a key decision in running the staff. âStaffing decisions should be viewed as an opportunity to improve on the status quo and not just as a requirement of doing businessâ, says Robert Morello.