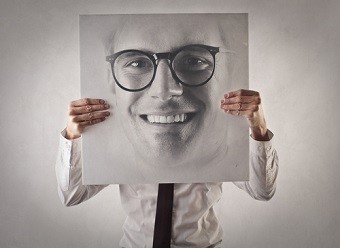 Being ranked 1st in the world for work-life balance by the OECD, the Netherlands has not only earned its reputation as a country with a relaxed work ethic, but also as a happier country overall. This high quality of life is attributed to well-defined working hours that rarely exceed 40 hours a week and strong workerâs rights. Of course, this attitude to work is also inherent of Dutch culture, where workers would typically prefer a balanced work life to spare time for family and personal matters, rather than earning excessive amounts of money; this is further proven by the number of Dutch workers who choose to work part-time (26.8% of men and 76.6% of women).

Aside from a more laid-back approach to work, visitors to the Netherlands are often surprised by the difference in Dutch communication; Dutch people tend to be a lot more direct and forthcoming in their communication. This can be jarring for people of other cultures because Dutch people do not tend to read context in conversations and can be distrustful of people who they deem to be overly polite, instead detecting what they think could be a hidden unpleasantness. In a sense, this can also prove advantageous because it means the Dutch are open to receiving and sharing constructive criticism in their work to help them improve.

The structure of a Dutch company also presents a change of pace for unfamiliar visitors; because the Netherlands is an egalitarian society, every workerâs opinion is valued and they do not pay too much mind to the hierarchy at work. Numerous visitors to the Netherlands are shocked by how superiors are normally addressed more casually, usually on a first name basis as opposed to being called âsirâ or âmadamâ. This also applies to business practices where business decisions normally require a consensus from all workers within a company and every voice and opinion is valued. This can make business meetings a lengthy process, but it ensures that workers are kept content and included within decisions.

One more thing to note is that Dutch workers prefer to draw a clear line between their work and personal lives. This ties in with the Dutch attitude towards efficiency; they hate to waste anything and are self-disciplined in the way they fully allocate their work time to work. This means personal issues should stay outside of work and socialising with workers is usually done outside of work.

By Edward Mah
11385 views No reactions
Print
Mail a friend