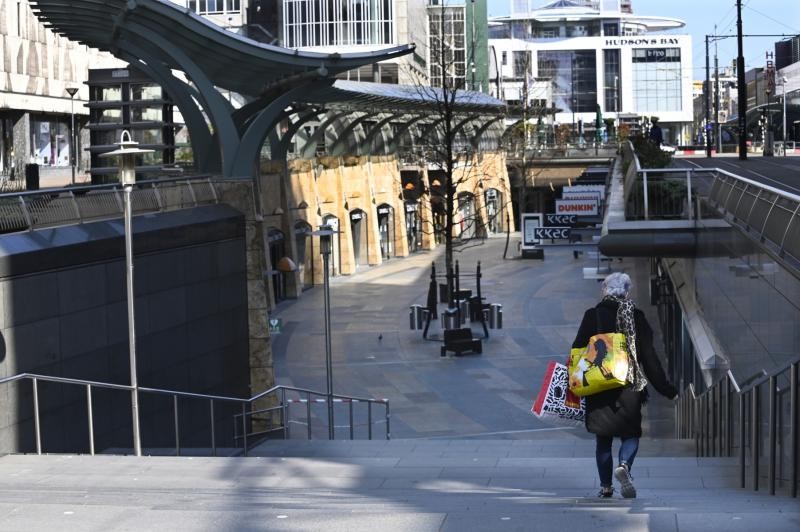 During the corona crisis, the cabinet wants to protect people's jobs and incomes. Therefore, an economic emergency package was announced on March 17. One of the measures is a compensation for the wage costs for companies that are now losing turnover. The terms of this temporary emergency measure bridge for preservation of property (NOW) have been announced today. UWV strives for companies to submit an application from April 6. Companies that meet the conditions can expect an advance within two to four weeks.

Many entrepreneurs are struggling now that their activities have partly or completely stopped. The cabinet wants to make it possible for them to continue to pay their staff during this period, so that unemployment is prevented and people are retained for the company. That is why Minister Koolmees of Social Affairs and Employment is publishing the NOW regulation today. With effect from 1 March, companies that have lost at least 20 percent of their loss of turnover for three months can receive a compensation of up to 90 percent of their wages in proportion to the fall in turnover. With a loss of turnover of 100 percent, this is 90 percent, for example, with a loss of 50 percent, this becomes 45 percent of the total wage bill. The condition is that they continue to pay their employees their regular salary and that companies do not apply for dismissal for business reasons during the period that a subsidy is received.

Minister Koolmees of Social Affairs and Employment: âThe measures to have the corona virus have a major impact on small and large companies. The work and therefore the turnover sometimes come to a complete standstill. I understand very well that this leads to concerns and uncertainty. With the NOW we support employers who, even during this difficult period, hold on to their employees, even those without a permanent contract. â

Two variables play a major role in the scheme: turnover and wage bill. The higher the loss of turnover, the higher the compensation in the wages bill for the employer. To determine the amount of the revenue loss, employers must first divide their total revenue from 2019 by four. They then compare this with the turnover in March-April-May 2020. But sometimes lack of patronage can only be seen later in the drop in turnover. That is why employers can also indicate a period for the sales comparison that starts one or two months later.

If a company consists of a number of business units (legal entities) that together form a group, the drop in turnover of the entire group is maintained. Otherwise, the organization of the group can have a major influence on the amount of the subsidy. In addition, the Cabinet believes it is up to a group to treat employees responsibly if, overall, there is no significant drop in turnover.

For the wage bill, data from the payroll tax return to the Tax and Customs Administration is used. UWV will automatically take over this. UWV uses the so-called social insurance wages as the basis for this. The same surcharge of 30 percent is added to this for all companies for employer costs such as the accrual of holiday pay, pension and employer contributions. In addition, there is a maximum wage per employee of EUR 9538 per month. Salary above this amount is not compensated. More than 98.5 percent of workers are below this maximum.

The wage bill in the subsidy period is compared with the January wage bill as known to the tax authorities. If this is missing, the wages bill of November 2019 will be taken. To avoid calculating behavior, changes in the January wage return that were passed after March 15 are not included for this scheme. Because of the importance of the wage bill for the subsidy, it is important that employers continue to file pay returns with the Tax and Customs Administration on time.

Everyone for whom a payroll tax return is submitted and who is insured under the WW, ZW or WIA falls under the wage bill for which a subsidy can be received. The salary of flex workers is also compensated, there is no distinction according to contract form. The cabinet is calling on employers, together with employers 'and employees' organizations, to pay flex workers if possible. If the wage bill shrinks because fewer people continue to be paid, the allowance will also fall.

UWV strives to implement the scheme from 6 April, but is still in the process of carrying out the final tests to implement the scheme. The counter is expected to open at UWV on 6 April. The application period runs until May 31, 2020. Employers indicate the expected drop in turnover with the application. If UWV is positive, UWV will pay an advance of 80%. This is done in three terms. The first part of the advance will be paid within two to four weeks after the submission of the application, although UWV expects this to be faster for most companies.

Within 24 weeks after the end of the period for which the NOW has been granted, the employer must apply for determination of the subsidy. In principle, an auditor's report is required for this. UWV will then make a final statement within 22 weeks. This may turn out to be higher or lower than was expected in the first assignment. Companies with acute liquidity problems can be helped with the other measures from the emergency package.

The cabinet is taking the exceptional step towards wage incentives to quickly help large numbers of companies and their employees through the crisis. The House of Representatives has now approved the additional expenditure of ten billion euros for this scheme. And UWV is committed to helping employers quickly. But the large differences between companies, the urgency, feasibility and the importance of combating improper use mean that this emergency measure leaves little room for company and sector-specific differences. Some companies will therefore be less or not reached. Some seasonal companies will also find a calculation based on an average annual turnover to be disadvantageous.

The cabinet will monitor the precise effect of the measure and - if necessary and if practicable - make adjustments. In addition, given the speed with which this regulation has been developed, it is inevitable that the UWV will have to deal with implementation challenges in the near future. The government greatly appreciates the work that UWV has been doing in a short time.

Fred Paling, chairman of the Executive Board of UWV: âSZW and UWV have worked hard to shape this scheme. Now it is our task to implement the scheme as well as possible, because entrepreneurs and employees count on us. It is a responsible assignment that fits well with our social function. We do everything we can to make processing applications as smooth as possible. â