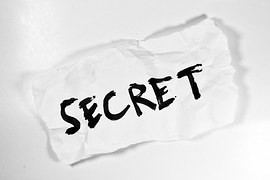 In the world of competitive business, preventing trade secrets and employees from falling into the wrong hands is necessary for a companyâs success. Under Dutch law, non-competition clauses provide a contractual obligation to prevent employees from finding employment with a competitor after the termination of their employment, with the main purpose of protecting an employerâs business interests through the protection of valuable company information and the remaining employees. Under normal circumstances, this type of agreement is not permanent and typically lasts for a year, and failure to comply can mean enforcing the clause in a court case, which can allow an employer to claim damages in some cases.

Contracts containing confidentiality and non-competition clauses are becoming increasingly common in the Netherlands for employees signing up to new jobs, especially within more technical fields such as engineering and technology, in order to prevent technical knowledge from being leaked outside the company. It is also prominent in marketing sectors to prevent leaking customer and supplier information. Depending on an industry or market, an employer can determine what to include in their employeeâs non-compete clause including:
â¢ A list of competitors a former employee is not allowed to work for.
â¢ Restrictions on geographical areas.
â¢ Applicable time of the clause (typically 1 or 2 years after resignation).

A standard non-competition clause is normally written into an employeeâs contract and can look something like this:
Without prior written consent of the Ford Motor Company the Employee shall be prohibited from entering the employment of or from working in any manner, either directly or indirectly, for any business that manufactures, sells or trades motor vehicles in the provinces North Holland, in South Holland and Utrecht, or from doing the same or similar work for his own account, for a period of nine months after termination of the employment contract. A penalty of EUR 1,000 shall be forfeited by the Employee to the Employer for each violation of this provision or each day that the employee acts in violation of this provision.

Understandably, in many cases, employees who wish to leave the company may wish to negotiate the terms of their non-competition clause for the sake of their personal career. Even though a company ought to protect their own interests, some negotiations can be made for the sake of an employee, but it is not compulsory if the terms have already been previously agreed upon and are legally binding. If an employee does find it difficult to find work elsewhere, they may ask to come to an agreement in other ways such as getting their new employer to pay a fee to void the non-competitive clause.

The limitation of a non-competitive clause is that the interests of both a company and an employee must be weighed against each other. Despite its strong legal implications, there is still a possibility for employees to take the matter to court themselves for a judgeâs ruling. In such a case, a judge could rule that a clause should be restricted for the type of jobs or geographical location it applied too, or even reduce the duration of the clause if it is deemed too restrictive on an employee, and it is preventing the employee from finding a suitable job for his or her career.

Many companies in the Netherlands find that non-competitive clauses are the only way to protect their business interests, but it is important to know what to include in them with regards to role restrictions, geographical limitations or the duration. A company needs to know what they need to protect, whether it is technical specifications, technology or supplier information before imposing limitations on their employees. Balancing the interests of both parties, however, is ideal to encourage more employees to stick with the terms of their clause and discourage them from bringing the matter to court, causing further complications.