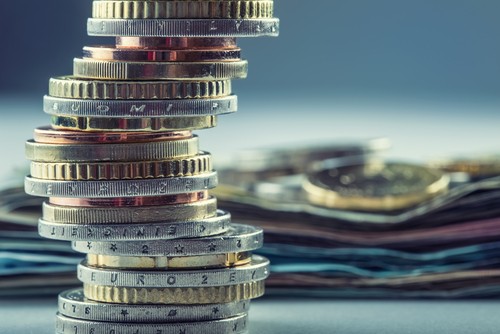 Methods that can successfully motivate employees to increase productivity and the quality of work are not always easy to come by. One method used by organisations is bonuses, which are awarded to highly achieving employees in the hopes that they will continue to produce well, or even improve further. Within the last few years, more organisations have begun relying on incentive pay to increase employee performance. What is more, some organisations implement full performance management systems. These systems help to determine just how big a bonus should be for high achieving employees, and they are usually used for continuous bonus compensation, rather than just one-off rewards. Other organisations implement year-end bonuses or profit-sharing bonuses as an incentive. No matter the bonus, the type, its size or what form it takes; bonuses can both positively and negatively affect employees and their performance.

What Bonuses Really Do to Employee Performance

The general misconception about bonuses is that they will always effectively increase employee motivation, thus enabling high performance. A study conducted by Willis Towers Watson found that only 50% of the studied senior managers considered bonuses to be an effective incentive for improving employee performance. It seems that the main problem is managers not sticking to their guns. In this study alone 26% of the companies studied had paid bonuses to âemployees who fail to meet expectationsâ. In this case, instead of using it for motivation, it had been used for satisfaction. These bonuses were handed out to keep employees happy enough so that they remained in their job positions, rather than taking the risk if their leaving and working at a competitor.

Some other problems with bonuses include employees developing unrealistic expectations and an increase in competition between the employees. For instance, when performance bonuses are the main method of incentive in an organisation, but the bonuses given are not continuous, it could become a detriment for employee motivation. One-time bonuses that are not explicitly explained could decrease motivation as opposed to increasing them. If an employee receives a bonus one year and does not receive it in the next year, they could feel demeaned as well as confused. In addition, competition between employees means there is less collaboration and combined spirit to meet the company's goals as a team. This can be seen in an organisation that chooses to grant bonuses based on the number of hours worked. Employees may wish to take on larger workloads for themselves instead of sharing, because they know they will receive some sort of reward for it. If the workload is not equally distributed there might be inefficiencies within the workforce, including inconsistency within the work submitted. Poor quality is also an issue especially if employees complete work that is not within their field of expertise. Whilst managers believe performance bonuses are doing their business good, in actual fact it is damaging their workforce.

The Correlation Between Pay and Performance

Multiple studies have come to show the same conclusion: that people expecting to receive rewards for completing tasks or for doing said task successfully, actually perform worse than those with no expectation of a reward. It is from these results that a slight negative correlation has been found between pay and performance. Sam Glucksberg looked into the power of incentives by conducting an experiment using 'the candle problem'. He split his participants into two groups and told the first group he would time how quickly they could solve the problem in order to determine the average time it takes to solve it. Glucksberg told the second group he would time them as well, but added that anyone who made the top 25% would receive $5 and the fastest person out of all of them would receive $20. For a few minutes of work, $20 is a decent earning and so would be considered an adequate motivator. With the exception that this experiment shows it was not. The second group took on average 3 minutes longer than the first. The incentive was made to increase creativity and to improve the thinking process; instead it blocked creativity and dulled the thinking. Over the last 40 years, this study has been repeated again and again, and it still produces the same results.

All of this information reveals there is a loss of balance between what sciences tells us and the actions of businesses. Science has taught us that 20th century rewards are anything but motivators. Though they can be useful in narrow band circumstances, rewards are not the best way to improve employee performance. What actually works is the implementation of an unseen intrinsic drive. This is the drive for your employees to do things for their own sake, for them to do it because it matters to them.

It might be worth rethinking the salary your employees are paid altogether. Instead of using pay incentives, one should pay their employees enough so that they do not think about pay at all. There are many other ways to motivate employees. Managers need to get creative instead of just resorting to simple and less than effective techniques. They should not just provide bonuses because they keep employees happy. An expectation for a bigger paycheck without putting in the hard work or effort suggests entitlement. If an employee is more concerned with their pay than actually assisting in effectively meeting company goals, then perhaps they are not the best fit for the company.

Pay incentives like bonuses tend to only create temporary compliance in workers. Therefore, it is best to not implement any sort of pay incentives at all. Though if an employer chooses to, this must be done wisely. Once the reward has run out, employees are likely to go back to performing in the same way rather than actually improving their performance. Long lasting commitment to doing a good job, or to improving at the job is not created by the acceptance of rewards. The change that takes place with rewards is merely temporary.