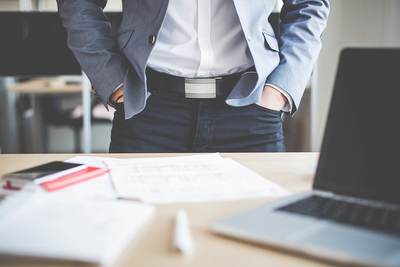 Once employed in the Netherlands, you may find something called a non-solicitation clause included in your contract. This is separate from the commonly seen, non-compete clause. While a non-compete clause prohibits an employee from entering into a new employment agreement with a competitor, a non-solicitation clause prohibits an employee from entering into an employment agreement with a customer or business relation of the former employer. It is important to think about how this could possibly affect your later career before signing it, as this can be legally enforced and a fine may be in store for any who break the agreement.

These clauses come in many forms so it is important to pay special attention to your contract. Some may prohibit you from working for any and all customers and/or business relations, while others may just list certain ones. It is possible that your contract may even prohibit you from being in contact with that person or company. In 2011, a judge was overhearing an application for interim relief in Arnhem and ruled that an employee who accepted a LinkedIn request from a customer of his former employer, had violated his non-solicitation clause. Because of this, it is also possible that you will see details regarding social media included on the contract. This should go into detail regarding what is deemed appropriate and what could possibly be reprimanded.

A limited duration is usually stated on these clauses. Some employers may ask that you refrain from working for a customer or business relation for 6 months, while others may ask for one to two years. Temporary contracts may either have no non-solicitation clause or may only have six months required in between jobs, with an employer and his or her business relation. Permanent contracts usually have to one to two years.

As stated, this portion of the contract is legally enforceable and therefore should be taken seriously before signing a contract. It is important to note that judges vary on enforcing the non-compete and non-solicitation clauses to be included in the contract, therefore it is always good to confirm with your employer. If you have any questions or concerns regarding your contract, it is advisable to seek consultation from an employment lawyer.