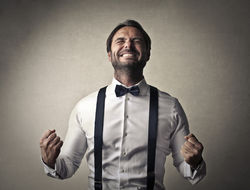 After the adoption of the Work and Security Act (WWZ), a new classification method on the basis of income adjustment was introduced in July 2015, which structurally increased the number of current unemployment benefits; firstly, because people who start working may still be entitled to income supplement under the Unemployment Act (WW) and secondly, their entitlement to a benefit is only terminated after a check has been performed to verify whether their self-reported income matches the income as stated by their employer. These data are available in the Policy administration.

Compared to the same period last year, over the first five months of 2016, UWV paid 219,000 new unemployment benefits, a decline of nearly 30,000 (or 12%). Apart from retail department stores, the number of new benefit claimants fell across all sectors this year. The number of new claimants fell significantly in the sectors of health care and welfare ( less 23%), printing and publishing (less 22%) and public administration(less 21%).