Positive Ways to Deal with an Over-friendly Boss 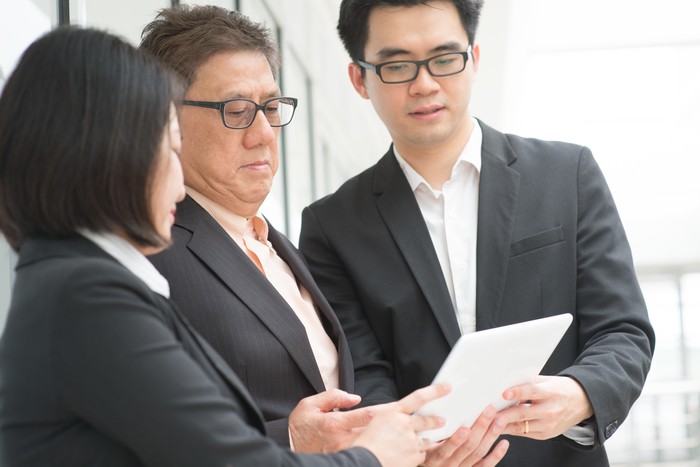 Dealing with an over-friendly boss is not easy. As much as we like having friends at work, a manager who wants to be your friend comes across as trying too hard to be liked instead of respected.

The inappropriate buddy is the boss who is too friendly, and not in the team-building sort of way. He is constantly inviting you to hang out outside of work and engages in unnecessary office gossip. He uses his influence to make friends at the expense of his work. He chooses favorites and creates divisions among employees, who become frustrated by the imbalance in attention and respect. He cannot make tough decisions involving employees or even fire those who need to be fired.

According to organizational psychotherapist Joan Kingsley, there are many reasons why a boss might be too friendly. "Some people are just being friendly in order to create a good team spirit, but take it too far. Others have flirtatious natures and always use the powers of seduction to win people over. Many such bosses are extremely insecure people who desperately need to feel liked and approved of by their staff."

The most important thing to do with this type of boss is to learn to set firm boundaries. Do not allow his/her position to intimidate you. By consciously and proactively establishing a boundary, you can take control of the situation. For example, you can remain friendly with your boss throughout the day but still not be afraid to say no to drinks after work. The difficult part here is maintaining consistency with your boundaries, even if your boss is persistent. By distancing yourself from his/her behaviors that you deem inappropriate, you will still be able to succeed and even have a salubrious relationship with your boss. Thus, instead of trying to change the crowd-pleaser and force your boss to be something he/she is not, show yourself as an ally, which will put you in a stronger position than you could have anticipated.

Graphic designer Laura Jacobs knows how problematic it can be to have an over-friendly boss. "I worked in a small team, under a lot of stress and, at first, it was great to have a boss who seemed friendly and caring," she recalls. "But then it started to irritate me. He thought nothing of whining about how much stress he was under and I didn't feel he gave the team any support. He'd blow hot and cold: one minute he'd be chatting about a great film, the next he'd go into corporate mode and try to assert his authority. I started worrying about whether I could trust him - he knew so much personal information about me. When I told him I'd got another job he took it as a personal affront, as if I'd been disloyal. In the end he was neither my friend nor my manager."

Most such bosses are unaware they have a problem, so the onus is on you to keep your relationship professional. Joan recommends you avoid certain topics (sex and your personal lives are no-no’s) and avoid intimate situations. You need to make the boundaries clear to your boss and respect each other's privacy since behavior breeds behavior. If you do not want your boss to act too friendly, do not give away too much of yourself. It is in your hands to act as a role model for your boss.

4793 views
No reactions
Print
Mail a friend
This article is restricted. You have to be logged in to be able to add further reactions.