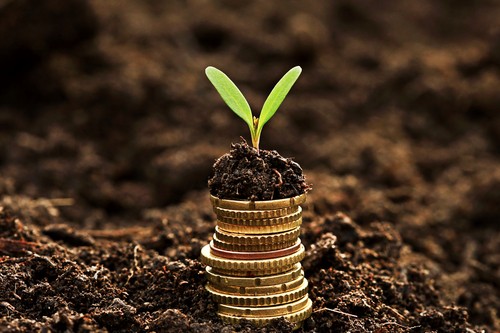 After years of wage moderation, it must be over, thinks the trade union movement. Companies make healthy profits and benefit from their employees. Prior to Prince’s Day, the unions traditionally establish their wages. By 2018 there must be a minimum of 3.5% higher wages.

The FNV (The Netherlands Trade Union Confederation), the Dutch largest trade union, will set the next decade for a minimum wage of 3.5%. People who earn little can even get up to 5%, because FNV also demands that everybody would get a minimum of 1000 euros a year extra. Trade union CNV (Christian Trade Union Federation) is usually somewhat moderate with wage demands. But CNV professionals also set for wage increases of 3 to 4% per year or 10% for three-year period.

FNV Job Coordinator Zakaria Boufangacha argues that real-time investment needs to be invested in workers. "It's going to be economically good and the majority of businesses deserve good money, but it's getting less and less crowded. We therefore want to catch up, so that workers get more fair profit."

According to FNV, the Dutch labour market has ended in a race. Competition on labour prices is huge and workers pay the bill. Wages remain behind in economic growth, while corporate profits are rising. This is due to the fact that employers mostly choose freelancers and self-employed people, who are often considerably cheaper than permanent employees. That is why FNV has three key issues in its employment policy in the coming year: more wages, more real jobs and fair distribution of work.


CAO (Collective Labour Agreement) for everyone

A remarkable plan of the FNV is to raise labour costs for people with insecure work. That should lead to a better consideration among employers: security for structural work, flex employment for peak jobs and sickness, self-employment for highly specific temporary work.

The FNV therefore wants that the CAO (Collective Labour Agreement) would be the standard for all employees who work in an organization, and that employers would invest in people regardless of their contractual form. And if work is structural, a permanent job must follow.

A wage demand must be tailored to the sector or company. Therefore, CNV Professionals are committed to a targeted payroll based on what can be done in the company, according to chairman Piet Fortuin. The starting point is that employees must benefit from profits and economic growth. "It's time."

In the Financieele Dagblad (FD - The Financial Daily Newspaper), Fortuin stated that in 2018, "the requirements for wage increases will be 3 to 4% per year or 10% for three years." But the federal president also makes it clear that CNV professionals at the same time emphasize personal development of employees. "Training options linked to training budgets make the individual employee stronger. That offers the chance to stay dynamic during this time that demands dynamic employees."

2784 views
No reactions
Print
Mail a friend
This article is restricted. You have to be logged in to be able to add further reactions.