Healthier and happier with higher education 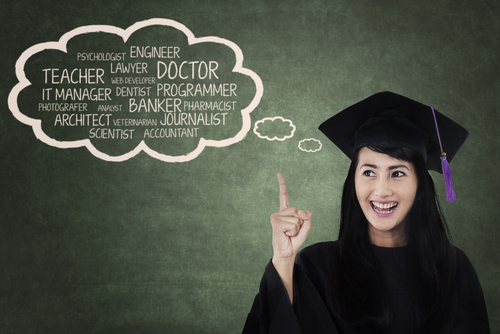 According to the CBS, people with higher education have higher scores on the scale of prosperity and well-being than people with low or middle education: they often feel healthy, are more satisfied and deserve better. This emerges from a new study by Statistics Netherlands.

Higher education as a basis

A diploma in higher education is a good entrance to the labor market. People with higher education are less likely to be unemployed, more likely to have a high income, more often live in a quality (purchased) house, often feel healthy and are generally more satisfied with life. On the contrast, less educated people have fewer job opportunities. Material uncertainty puts their satisfaction and health under pressure. Especially men with low education, who do not work or have to get the job, have a lower welfare. People with secondary and higher education are broadly maintained in working life and are relatively satisfied.
People with high income are more likely to own a house. Houseowners score better on some indicators of prosperity and well-being than people who live in a rented house. Owning your own house is often an indication of having (a major) power or the possibility of eventually save a (large) power together.

The top floor of the prosperity and welfare distribution are the 1.8 million (15% of the non-student adults) permanent employees and self-employed people with a college or university diploma and an owner-occupied house. Immediately below are the highly skilled flexible workers with owner-occupied house. Although this is a small, but growing group (310 thousand in 2013 (3%)). Even people on benefits and an apartment are higher on the scale of prosperity and well-being than the highly skilled permanent workers in a rented house.
The largest group is the so-called middle class (2 million people, 17%) with a permanent job or own business, a college education and an owner-occupied house. They have an above average quality of life.
Down the distribution are the people who live in rented accommodation and receive benefits, no matter what their education.

Source CBS
2222 views
No reactions
Print
Mail a friend
This article is restricted. You have to be logged in to be able to add further reactions.
More Services
SEARCH FOR JOBS