DISCRIMINATION AT THE WORKPLACE 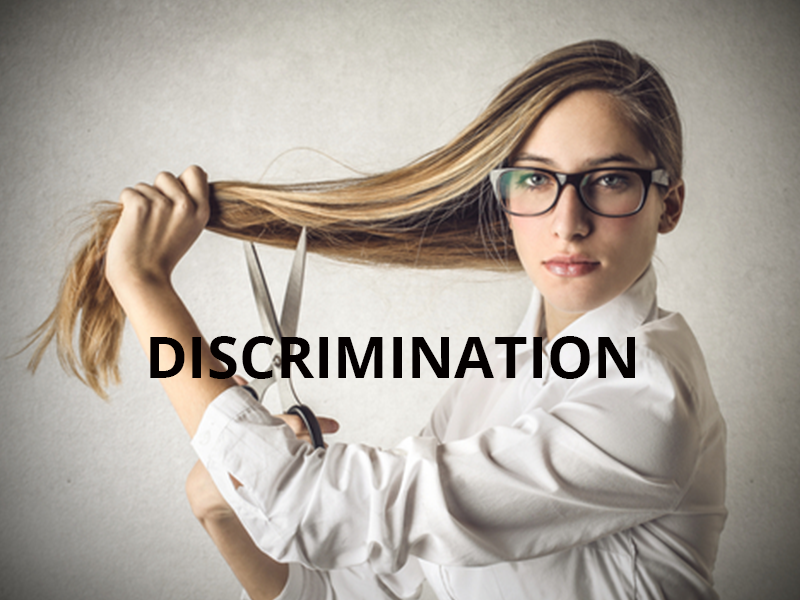 Gender discrimination in the workplace is still a part of our reality. It is a well known fact that women are often paid less for the same amount of work than men. Out of 142 countries The Netherlands are ranked on the 14th place in the Report on the Global Gender Gap of the World Economic Forum in 2014. This index intends to analyze the (un)equal treatment of both sexes in certain countries and thus makes comparable; the higher the rank, the less unequal treatment. According to the Central Bureau of Statistics, in The Netherlands this amounts to 18.6% difference between the average amount earned per hour by men, against women.

A different reason for being discriminated at work can be age. The Netherlands have implemented the EU directive of 2000 with the topic of equal treatment in the form of the Equal Treatment in Employment (Age Discrimination) Act of 2004. This law prohibits favoring employees of a certain age group above others. However there are two exceptions; if one age group in a company is underrepresented it is allowed to favor employees of this specific age group. Secondly it is allowed to end an employee’s contract once he or she has reached the age of retirement.

Handling difference types of discrimination is not an easy task. More often than not, raising the issue is not enough. Instead, using the correct avenues and knowing both your rights, and the extent at which they can be pressed is far more advantageous. It is entirely possible that you have never witnessed discrimination in the workplace in a way in which you were directly involved. This does not necessarily mean that there is no discrimination with regard to sex, ethnical background or age at your workplace. Go through life with open eyes and have the courage to take action for a colleague who may suffer harassments.

By:Together Abroad
On:21-06-2018 9:41 AM
Dear Arianna, Sorry to hear about your experience and i would like to invite you to connect with me in order to assist you. I will send you a mail wit my details today. Hope to hear from you Linda v Orsouw Together Abroad
By:Arianna Arianna Colonello
On:21-06-2018 8:49 AM
Dear mrs / Madame, my name is Arianna Colonello, i am italian. i am feeling discriminate on the base of nationality. I am based in The Netherlands for studying for my second Master Degree in EU Law. I am looking for a job, in The Netherlands and also elsewhere in Europe. I am over qualify i feel discriminate on the base of nationality, because in The Netherlands in order to get a job is necessary to speak Dutch fluently. The Netherlands is in the EU they can not restrict the free movement of job seekers within EU. I feel double discriminate also due to my disability i am visually impaired for me it i more hard to find a job. Please consider that in the end of July i have to change house i need to get a job. I do not have the possibility to make a Dutch course for free. The other problem is how i can survive during the period that i will spend for learning the language? I tried to look for a job everywhere in Europe, the NGO's that are working for the protection of the rights of people with disabilities they do not include disabled people in their mission. in my case they said that i have very exceptional CV, references, experiences but there is not any vacancies available for me. it is very crazy answer and contradictory. I have 6 references, 3 from the European Parliament, 3 from my professors of my University. I did an internship i had worked for disabled people rights. The dignity is the same for dutch citizen and not Dutch citizens. It is incredible to be treated in this way. Nobody cares about my own situation. I did some recommendation to the Dutch government for destroying the language barrier, but they do not provide any more. I hope that you can help me. Thank you in advice. Please, i would like to ask you if is possible for you to provide me with coaching service, CV review, workshops. Best regards