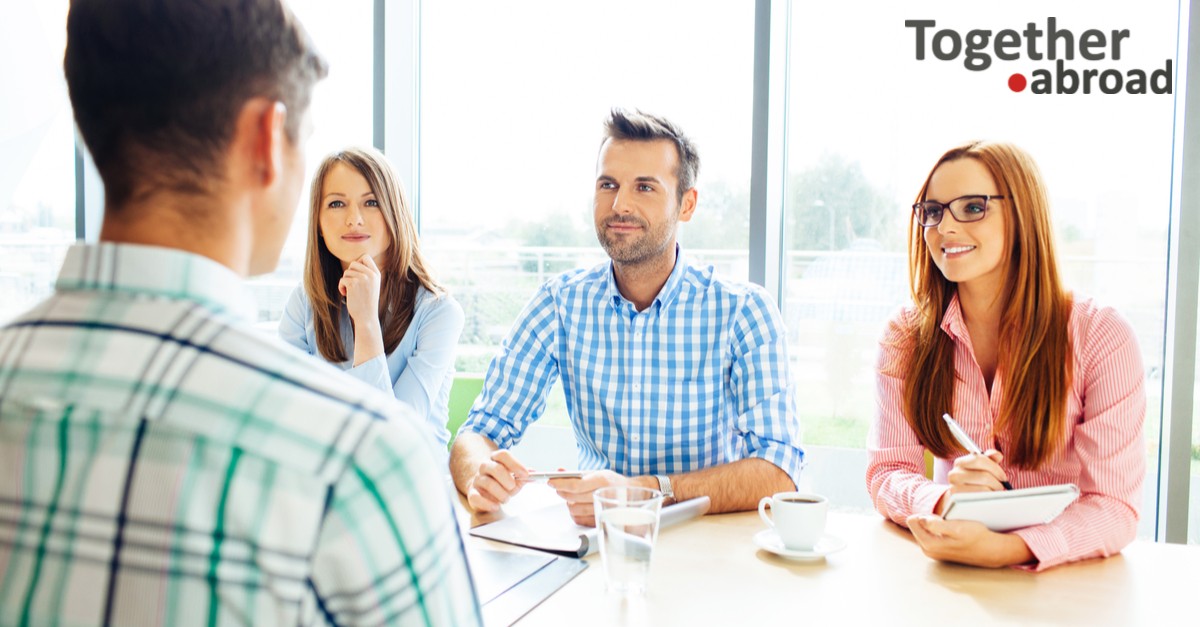 Tip 1: Understand how people make a first impression
In most cases a first impression is made automatically, without thinking about it. For example, we quickly know whether someone is confident or shy, spontaneous or closed, friendly or unfriendly, impulsive or indecisive. We deduce these things, for example, from what people do and say, the way they move and talk, their appearance and clothes. Our impression of a person is the result of an interaction between stereotyping, vague intuitions based on body language and external features and conscious reasoning and consideration. We are also influenced by the context and our interests, wishes and goals. And we take into account that people sometimes pretend to be something other than they are.
The fact that we do this so imperceptibly also has its drawbacks. We can of course be wrong about someone. Often we do not even realise it. We are not even aware that we have formed an image of someone, let alone that it is a wrong image. The tricky thing is that our first impression often determines the impressions that follow. We look through coloured glasses when we get more information about someone later.
Be aware that the above elements determine your impression and do not passively wait for others to form an impression of you. Instead, try to actively influence the mentioned elements in order to steer the image others form of you. The tips below will help you do this.

Tip 2: Let someone else recommend you
When people recommend themselves in a cover letter, for example, they are less convincing than when a colleague or a good friend says exactly the same things. We tend to view positive statements that others make about themselves with scepticism. Therefore, let someone else speak favourably of you; it is more credible and sympathetic than if you do it about yourself.

Tip 3: Don't talk, but act
If you want to show someone that you are good at something, you can of course name it. But it is even better to just show it. After all, good performance is a rock-solid proof of certain capacities. In many cases, actions do not need to be supported with extra self-promotional behaviour ('look at me'). You can let them speak for themselves. Are you unable to actually demonstrate a certain talent? Then describe situations in which you have been able to use your good sides.
Sometimes, after a good performance, it is necessary to make sure that people interpret it correctly: you want others to attribute your success to your talent, and not to luck or favourable circumstances. What you say about your performance depends, among other things, on how well the audience knows about your skills. If people know you are good, you can afford to be modest. But if they don't, modesty is not a good idea. It is more effective to draw a good performance more to yourself and conceal the fact that you received help or that something was easy.

Tip 4: Mention why something did not work out
When you fail, name the factors that worked against you. If necessary, say that you did not put enough time into it. If a failure can be attributed to lack of effort, it is less damaging to your image than if your (in)ability was the cause. After all, effort is verifiable - it can be improved quite easily - but competence is not.
The interpretations you give of certain situations can also be used strategically. For example, if you lose during a sports match, you can say that your opponent was in very good shape that day. If you say that your opponent was lucky, or that the referee was kind to him, you will come across as less sympathetic.

Tip 5: Don't fidget
Your body language has a big influence on the impression you make. One aspect of this is touching yourself. Women sometimes do this when flirting: they play with their hair or run their fingers along their neck. But touching yourself or your clothes (think of pulling your sleeves over your hands) is also often the result of insecurity. If you do this, it will have a negative impact on the impression you make. So the advice for job interviews and presentations is: don't fidget with yourself!

Tip 6: Avoid clichés and language mistakes
A 2016 study by F. Jansen and D. Janssen among 398 participants shows that spelling mistakes in job application and sponsorship letters lead to lower reader ratings of text, sender and communicative success. In the case of a repeated dt-error, readers were often so disappointed that they rated aspects of the text and its likely effectiveness more negatively.
A recent CVster survey also revealed that job applicants use cliché words all the time. They often call themselves a team player and say they are almost always motivated, ambitious and eager to learn. For employers, job applications therefore quickly start to resemble each other.
In short, your choice of words and presentation style influence the image a potential employer forms of you. It is therefore about more than just your skills and experience.

Tip 7: Act nonverbally
In her book De eerste indrukioenen Roos Vonk mentions an American study (McGovern, Tinsley, 1978) in which selectors were shown a video of two job interviews. In both interviews the same applicant gave the same substantive answers, but in the one interview he made little eye contact with the interviewer, had an expressionless face, gestured and moved little and spoke in a hesitant manner. In the other interview, his body language was much more lively. He did make eye contact, varied in voice pitch, showed emotional expressions on his face and gestured with his hands and moved his body. In this version 89% of the selectors said they would invite the applicant for a follow-up interview. In the first version this was 0%.
Although the above study is over 40 years old, making contact and clever use of body language are of all times. Non-verbal behaviour unconsciously reveals a lot about a person's personality. If you make eye contact regularly, this shows that you have a strong character and are competent. If you have a positive facial expression, if you gesticulate a lot with your hands and if you speak often, then you will be judged as more motivated, nicer and more socially adept. Use this to your advantage.

Tip 8: Make up for a bad first impression
Our tendency to infer immediate characteristics from behaviour is stronger with negative than with positive behaviour. Negative behaviour therefore generally has more consequences for judgement. For example, if someone does two nice things (pays a compliment or helps out in a situation) and two unkind things (refuses to help out or makes an unkind remark), there is a good chance that our judgement of that person is predominantly negative. So it is not the case that positive behaviour automatically compensates for the negative. You will have to do more.
If you have made a bad (first) impression, try to put it right. You can do this explicitly, for example by returning to the situation that occurred and making it clear that you acted wrongly and want to make amends. You can also do it more implicitly, by showing extra attention next time you meet someone, paying them a compliment or helping them with something.


Tip 9: Make a good impression yourself
A self-fulfilling prophecy is what we call a self-fulfilling prophecy. We expect a certain situation or behaviour, pay extra attention to it and then see what we expect to see. Sometimes this has a negative effect. For example, we are afraid of not being liked, become insecure and timid and are therefore less attractive.
During job interviews, for example, the person interviewing the applicant has a getting-to-know motive: he or she wants to get a good picture of the other person and is trying to form an impression. The applicant, on the other hand, wants to be liked and to please the other person. The latter ends up in the role of the person who wants the conversation to run smoothly: the getting along motive. As a result, he or she will unconsciously behave in the way the other person expects.
Conversely, the applicant may also have expectations, but these are not confirmed because the other person does not conform to those expectations in a subordinate role. After all, the interviewer does not feel the need to please the other person in the same way. In short, by striving for a pleasant interaction and the need to please the other person, you make yourself, as a job applicant, a willing prey to the self-fulfilling prophecy.
Roos Vonk's advice to job applicants is therefore: don't discount your 'own self' too much in favour of a pleasant interaction. And don't just pay attention to how you come across, but also form an impression of the other person and the company you are applying to. This is just as important and it will make the interaction more equal.

Tip 10: Don't forget to smile
Now, in our 10 tips articles, we often mention "Don't forget to laugh" as the last tip. But in this case, it is very appropriate. We already mentioned in tip 7 that it can be to your advantage to show lively non-verbal interaction. Also the guru of persuasion, Robert Cialdini, states in his 6 principles of influence that sincere sympathy contributes to your power of persuasion. Compliment, make positive remarks and laugh in order to be found more sympathetically and make a good impression!

554 views
No reactions
Print
Mail a friend
This article is restricted. You have to be logged in to be able to add further reactions.

CHECK OUR WORKSHOPS
SEARCH FOR JOBS