The wage difference between men and women is narrowing 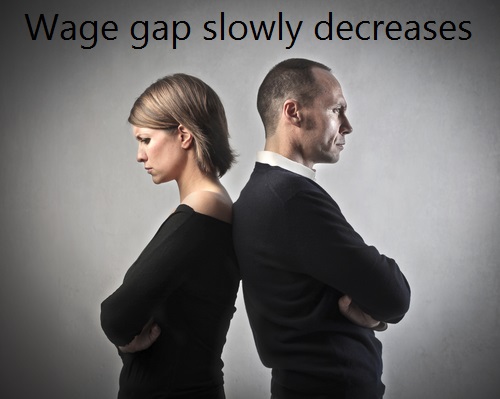 There is no country in the world where this type of wage inequality has been eliminated completely. The top four countries - Iceland, Norway, Finland and Sweden - have a wage gap of around twenty eight percent, while the lowest rated country - Yemen – has a fifty percent gap. The Netherlands has the gap between men and women standing at around seventy seven percenty, meanign women earn twenty three percent less than men.