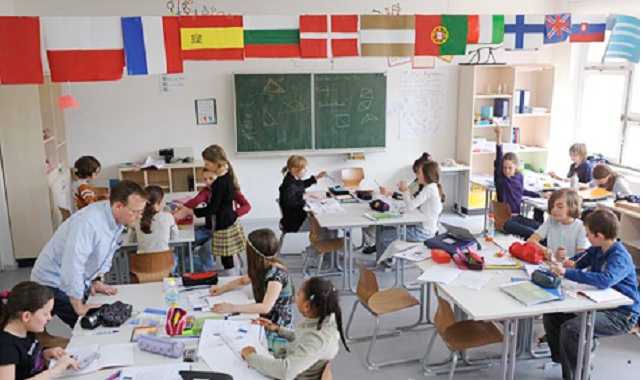 In primary and secondary schools classrooms are getting more crowded, as the number of pupils per teacher is increasing by 4%, said the junior Education minister Halbe Zijlstra in a parliamentary briefing on 3rd July.

Even though the number of pupils per class in falling, the number of teachers is decreasing disproportionately, reports DutchNews.nl. According to the HBO college council, applications for teacher training college was down by almost 11% compared to last year.

A spokesman for the council was reported by the website saying that these results are not surprising, since the entry requirements for the training have become stricter and the government has cut jobs in the education sector.

The teachers’ union AOB denounces that 9000 jobs have disappeared since 2010-2011 and the teachers remaining have to work longer hours to compensate for the shortage of colleagues. AOB is expecting the deficit between pupils and teachers to worsen in the future.

The union also points to a difference between jobs availability between cities, where there are many more employment opportunities, and the less populated areas.