Should You Imitate Role Models? 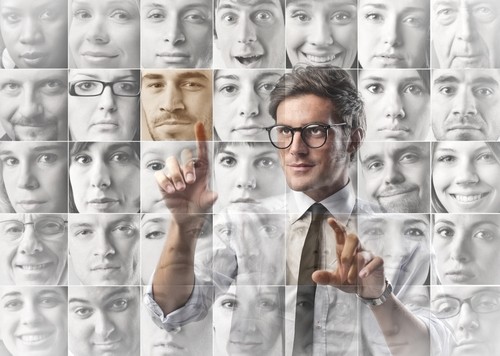 Career theory often highlights the importance of role models as a motivational tool for aspirants to set and reach ambitious goals in their career paths. The consensus is that role models provide a positive and nurturing effect for aspirants. Typically, a role model is someone who has already achieved the career goals one desires, sometimes sharing a similar background, mind-set, and core values; in other words, an ideal self-reflection of oneself in the future.

Recent research has backed up the usefulness of role models with similar backgrounds, showing that strong female role models can encourage women to pursue careers in male-dominated fields such as IT and programming, as well as roles in higher management. Meanwhile, many have complained that a lack of female role models has played a significant role in discouraging more women from applying to senior management jobs. Similarly, many have claimed that a diversity of role models can help to empower aspirants from minority backgrounds to pursue their dream careers. Successful role models also have the potential power to change the status quo, tearing down stereotypes and stopping unconscious bias.

The potential downside to following a role model is that aspirants may lose sight of themselves when attempting to imitate someone else. Sometimes, one may struggle to find the same success as their role model due to varying circumstances beyond their control. The common misconception is that role models have an infallible method to success, but the truth is different paths work for different people, and every road has bumps and downfalls along the way to one’s own goals. Consider Warren Buffet who acknowledged his wealth and success were not a reflection of his skills and that others may not be able to follow in his footsteps being born into power, fortune, and privilege.

There is no denying that role models are great at providing the initial spark to inspire individuals, but there should also come a time when individuals realise that everyone’s journey to their own success is unique to them with no universal formula to get there. Of course, the skills and mind-set to fulfil one’s potential are acquired over time through experience until it eventually becomes personal. In turn, this is how some aspirants may manage to become role models themselves, inspiring newer generations of workers.

Although role models can have their limitations, psychology  shows that role models are a necessary and useful part of our lives, making way for personal growth. Even the most successful figures in business have followed their own role models. For example, Dr Henry Edward Roberts, the inventor of the Altair 8800 computer, inspired Bill Gates. However, as he is now known for, Gates branched out from the path of his role model to found Microsoft and create his own PC operating system. Success stories such as those of Bill Gates shows that role models can be a vital inspiration in one’s career but can only get one so far until they have to grow and develop their own path independently.

Written by Edward Mah for Together Abroad
1171 views
No reactions
Print
Mail a friend
This article is restricted. You have to be logged in to be able to add further reactions.