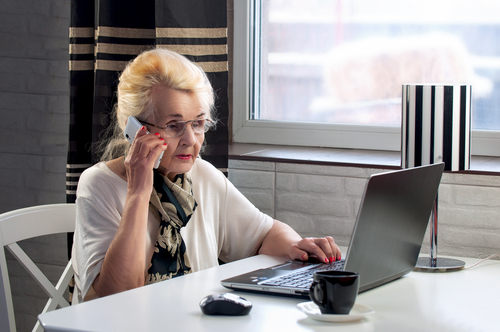 Research undertaken by the Ministry of Interior and Royal Relations has found that there has been a continual drop on civil servants. This has been focused particularly on public administration and by security, as these sectors have shrunk. There are also more women in government, as more elders. Those under twenty five have not been inclined to join the civil service, as they rarely have the experience or meet the job requirements.

Elders
There have been an increase in sixty plus labourers, according to this study. This comes from the various measures taken by the state to promote longer working hours, such as the abolishment of early retirement and raising the retirement age. It is important for employers to continue their investment in sustainable employment. This can be achieved through manager discussions, training, and improving internal mobility.

Younger workers under twenty-five are generally falling behind in these functions. First and foremost there are less youths available for the the civil service, as well as often not being fit for the functions required by the civil service due to a lack in skills.

Part-time Employment
Overall, the number of part-time employees has increase. Where in 2004 there were forty-one percent in part-time employment, in 2014 this number increased to forty-seven percent. With respect to education, there was an increase in both male and female part-time labourers.
Leadership
Leadership qualities play an important part in the public sector, as well as within any organisation. It seems that employees who are satisfied with their leader, are more likely to have a higher job satisfaction. The leader satisfaction within public administration has increased over the last decade. In 2004, forty-seven percent were satisfied with their supervisor, and in 2014 this is fifty-two percent. If an employee claims to be satisfied with their organisation, then the employer will get more recommendations from the employees friends and families. When included with a satisfactory judiciary, water board, and university medical centre, then the employer can receive a score of eight or higher.
Aggression
The aggression of employees in public administration has in the last four years dramatically declined. In 2010, 40.3 percent had an incident with an aggressive employee, which in 2014 this was 25.1 percent. This figures indicate that thirty-three percent had lasting negative effects from their encounter. A correlation was found between being more absent from work and lower job satisfaction. Employees of local government councils have been the most exposed to incidents of aggression within public administration. Half of the victims indicate that there is insufficient after-care provided by the employer.

The study named 'Trends en Cijfers' (trends and figures) is undertaken by the Ministry of the Interior and royal relations on a yearly basis on fourteen sectors of government.