How to Be a Good Team Leader 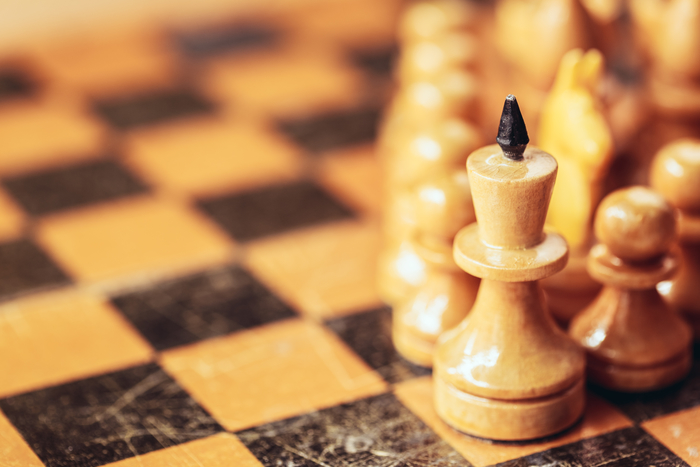 Titus Flapper on Leadership:  An HR Director’s Perspective on How to Be a Good Team Leader

Meet Titus Flapper
Titus Flapper has worked for many years as HR manager and director in various organisations including Festo and OctoPlus. He is currently the director of his own consultancy firm called TF Business Support. However, he hasn’t always been in this line of work.
“I studied mathematics once,” Titus recalls. “I was a teacher for many years, and then I changed to HR, and now for the last 13 years, I work for myself.” He says that the career switch was “more or less of a coincidence”: while he was still teaching, he was asked to organise the training and development of employees in an organisation on a part-time basis. He ended up liking the work in HR, and the company decided to offer him a position. This meant that he had to decide between continuing his career in education, and starting something completely new. He decided that he liked the idea of fresh possibilities. He remembers thinking, “If I don’t take this step, I’ll be in education for the rest of my life.”
He hasn’t looked back since. In this article, he offers us some advice on how to be an effective and respected team leader.

What’s a Leader to Do?

Titus believes that in order to be a good team leader, a person has to strive to reach a balance between nurture and control. In terms of control, a good leader should have a good “grip” on him or herself, on the team, and on the team’s output, or task.

A leader can be in control of him or herself by always remaining calm and collected, and by being authentic and convincing. Leaders should always act with integrity. “Do what you say, and say what you do,” Titus states. “Be consistent: what you like today, you should like tomorrow, and if not, then you should say why your opinion has changed.” It’s important to be transparent about your actions.

The nurturing side of being a team leader involves knowing how to work with the people themselves. Communication and feedback play a crucial role in this. Titus says that it’s important to ask questions of subordinates, and to listen to their responses. Frequent feedback is necessary for the development of the subordinate and for improving the quality of work produced. “Feedback also goes in two directions,” he explains. “It’s not only you as a manager saying what the people do well and not so well – it’s also asking what they think of your role, and what you can do to help them make their job easier and [help them] do their job better.”

Part of nurturing a team also involves letting go of some of the control through delegation. “You must try to delegate as much as possible,” says Titus. “I think one of the best managers is one who doesn’t have to do anything, who has an empty desk, [because] they have given all their tasks away to their team.” This gives the leader more time to focus on the people in his or her team, and so becoming less of a micromanager and more of a coach who assists and guides.

What Shouldn’t a Leader Do?

According to Titus, one of the worst things that a leader can do for their team is to be engrossed in their own self-interest. If a leader’s main concern is for their career or reputation, they will end up turning people against them. Trying to curry favour with higher management and manoeuvring their way in between others will only get a person so far. He qualifies this statement by adding: “There’s nothing wrong with working on your career, but do it in the scope of the organisation, and not ‘over de rug van iemand anders’ [at someone else’s expense].”

The Challenges and Rewards of Leadership

For Titus, motivating people is one of the hardest things about leading a team. But he also says that it’s one of the most satisfying. “A lot of people are motivated by themselves, and you can get energy from that.” He also believes that a person’s feeling of responsibility plays a huge role in their motivation. “If people do not feel responsible, then it’s hard to motivate them.” How do leaders encourage feelings of responsibility and motivation? The answer is simple: communicate the goals of the organisation with them. What does the organisation stand for? Why is the employee’s role important and how does it fit in with the bigger picture?

In order to illustrate his point, Titus recounts a short (fictional) story about a man who visited the Kennedy Space Center in Cape Canaveral, Florida. The man was walking down a corridor in one of the buildings and came across a janitor cleaning the floor. He asked the janitor, “What are you doing?” The janitor replied matter-of-factly, “I’m cleaning the floor.” Farther down the corridor, the man met another janitor, who was also cleaning the floor. He again asked, “What are you doing?” The second janitor replied, “I’m working on creating a clean and hygienic environment here in the building.” Somewhat impressed, the man walked still farther down the corridor and met a third janitor. “What are you doing?” he asked. The janitor replied, “I’m helping to send a man to the moon.” This story demonstrates how important it is for a leader to communicate the vision and goals of the organisation to each subordinate, in order to help motivate them in their work.

Another challenging aspect of leadership is admitting to failures. No one is without them, but many of us find them hard to acknowledge. Admitting to mistakes can sometimes make a leader vulnerable, but Titus assures us that they will be all the more respected by their subordinates for doing so. Above all, it’s important not to try to be someone that you’re not. As Titus says, “Be authentic to yourself!”