Local news and information for English speaking expatriates living in, working in, studying in, moving to the Netherlands, Holland, Germany, France, Belgium, etc

How one man’s endless wait for a tram in the Netherlands planted the seed for a comprehensive online resource for expats in several countries across Europe: Expatica.com

Fulfilling a need for news in English

Canadian expat Bram Lebo wondered what was going on. He had been waiting at the tram stop for more than half an hour and still no sign of a tram. In fact, the stop was ominously empty that Monday morning in early 2000 and the only other people waiting seemed to be foreigners like him; they weren’t speaking Dutch anyhow. If only he had known – like half of Holland did– that public transport workers were on strike that day.

A local might have warned him that a bicycle was his best chance to arrive at his destination. But since his Dutch wasn’t good enough to understand local radio or read Dutch newspapers, he was left in the dark.

Afterwards, Lebo saw the need to set up a Dutch news and information service in English and by March 2000, he had put theory into practice. Bram chose an online medium so that anyone anywhere could access the service, and for free.

Dutch entrepreneur Mark Welling had been working on a similar idea. He had been running a company specialising in building websites since 1998. The Internet was on the rise and many still didn’t realise the impact that this medium was going to have on society, business and culture in general.

“We had to explain to our customers the effect of the Internet, and part of this was starting projects to show our clients the difference between traditional communications channels and online ones,” said Welling. “We told them that with a good website, people find the information you offer instead of you having to send it out to the community. To illustrate this to our clients we decided to build a site.”

The company was looking for a target audience that was difficult to reach with traditional media and one able to surf the Internet. “Expats fell into this group,” said Welling.

Both groups were working on the same idea—Lebo’s team from the news angle and Welling’s with a focus on basic information— they heard about each other, made contact and fell into a natural union.

The first site launched was Expatica Netherlands in 2000, followed shortly afterwards by Belgium, then France, Germany, Spain, Switzerland, the United Kingdom and most recently Luxembourg in 2010.

Expatica provides a tailored local news service and essential information on living in, working in or moving to your country of choice. With in-depth features, Expatica brings the international community closer together 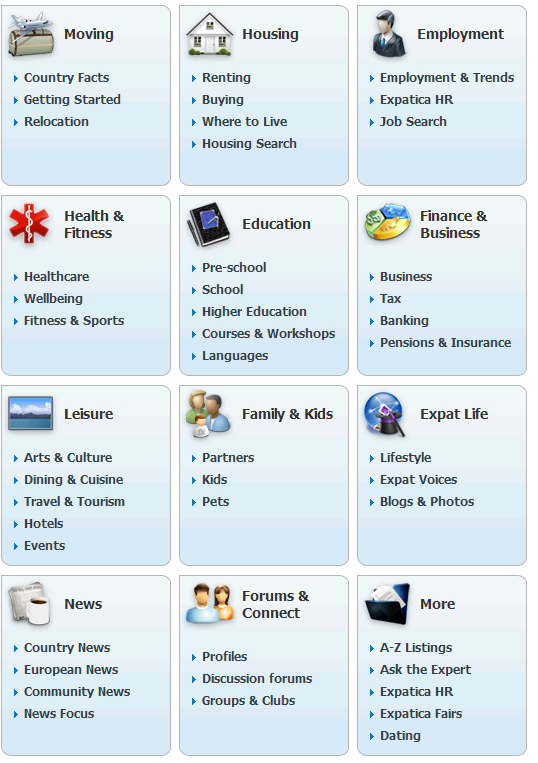 Who works at Expatica now?